From loss and despair, Kathryn Taylor has learned how to live life to the fullest again. Today she shares with us the impetus for writing her memoir, Two Minus One. Her book will be released November 6, 2018 by She Writes Press. Thank you, Kathryn, for sharing your story of empowerment! 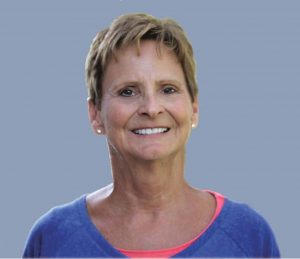 Two Minus One: A Memoir

I had been divorced and was raising two daughters as a single, working mom. The three of us had carved out a life for ourselves and made our way in the world as a united entity without a male figurehead. We had grown strong in our relationship and independent in our lives. I had met with success in my career, my daughters were ready to move off to college, and I was content with my life and happy in my world.

Then I took a chance! The father of friends of my daughters was divorcing his wife. He had always been supportive of the three of us as a family unit and ready to help in any way that we needed. Over several years, it became clear that his intentions were evolving from friendship to relationship. I was adamant that was not what I wanted and had no interest in another man in my life. However, after years of hearing his repeated refrain, “You can quit waiting for the other shoe to drop: I’m in it for life,” I thought it might be true and worth taking a chance.

Those fateful, repeated words convinced me to remarry, retire from my thirty-year profession, sell my home, and relocate in support of my new husband’s career. We enjoyed an idyllic life committed to making our second marriages last a lifetime. We awoke each day in wonder and awe that we had grown children who were independent, no financial liabilities or elder care responsibilities, and enjoyed good health. But five years later, in a car packed with food I had carefully prepared to nourish my husband’s dying brother, the other shoe did drop. On a road trip, my loving husband unexpectedly proclaimed he was, “done with the marriage and doesn’t want to talk about it.”

I somehow survived the weekend with his family – convinced he didn’t mean a word he was saying, and that he was striking out over fear of his brother’s imminent death. However, on the return drive home, he made it clear that he was “fucking damn done,” that I was “mean and despicable,” and he, “has nothing more to say.” As the door closed behind him, so did my world. I remained on the sofa, with the shutters closed to block out the world that I knew could not go on without the life we had built.

I was completely distraught and debilitated. The man I had come to completely love and trust had walked away from the life we had worked so very hard to build – without any indication that anything had been wrong. We had routine “state of the union” discussions about our relationship and covered every topic from sex to travel to retirement. We had been building a strengthening relationship in a new environment and reported nothing but growth and increasing commitment in each of these meetings. Yet, now he was gone – and didn’t want to talk about it!

I was immobilized by grief. I was overcome with shame for what he said I had displayed in bad behavior towards him. I was certain that if he said I was mean and unworthy of love, it must indeed be true. I felt that if I had destroyed this wonderful man and our wonderful marriage, I certainly had nothing to offer to anyone else in the world and held no value whatsoever– for myself or for anyone else. I remained on that sofa for weeks – of which I am not proud to admit – blubbering, dripping snot, and unwilling to take or make phone calls or connect in any way with the outside world.

I felt a sense of shame that I had never experienced in my life and was certain that I was unworthy of anything that life offered. The unexpected betrayal – by the man I trusted and who had assured me that he loved me more than his next breath – was more than I could bear. Except for an occasional text, I terminated all outside communication with those I loved – and who I had once felt certain loved me.

Finally, I received a text from my very best friend. She stated that she would call me and expected me to pick up the phone. She did not care if I did nothing but sob, but she was going to connect. If I did not answer, she would send the police to my door to check on my welfare. Hesitant, I took the call and let the details tumble out. Days later, my friend arrived at my house. 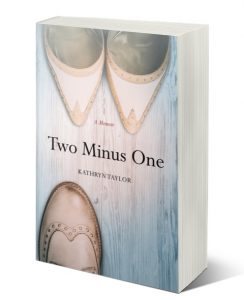 I began relying on the strength of that lifelong friend who refused to let me succumb to the intense waves of grief. I gradually began to find my way out of the darkness that had become my life. Over the course of two years, through appointments with attorneys and therapists, purging shared belongings, and pushing myself to meet new people and do new things, I gradually regained a sense of control in my world. I slowly learned to enjoy the new life I began to build, the friendships I began to form―and to savor my triumphant outlook and new-found strength.

My book relates that personal journey from unexpected loss to triumphant new beginning. I believe it – and I – have a strong message that will benefit many others that are experiencing similar loss.

Marketing the book. I am in awe of authors who can write, blog, and market simultaneously!

Never underestimate the demands of the publication/marketing process.

I had always dreamed of writing. I entered a writing contest at an early age and have always journaled. However, my “calling” at the age of six, was toward teaching and from there, life happened. I journaled continuously, and wrote report card comments, but did not attempt a “book” until the sudden termination of my marriage. The writing helped me heal and move on.

The beach when possible. Everywhere else in the house until it is actually time to use the computer, then in my office.

The pain of my story was my inspiration. It was visceral, and I strove for understanding and clarity through my writing.

I have no training or experience in writing.  My story has taken on a life of its own. If someone out there believes they have a story to tell and to share, they should follow their dream – no matter their circumstance or age.

I believe my process was different than most. I was writing my story in real time and working through some intense emotional pain. I wrote in journals, scribbled notes randomly and continuously, and compiled chapters and flow as the story appeared on the – handwritten – pages. I literally cut and pasted with scissors and glue, spreading my pages all over the house before I sat down at my desk with my laptop to put the story together. So, to answer your question, I would be called a pantser.

Because I am so new at the entire publication and marketing process, I am certain it requires far more of my time than for most authors. Because of that, I read far less than I would like – and mostly when I do get away to the beach. Little Fires Everywhere by Celeste Ng was a wonderful recent read.

If I could spend the day with my former spouse, I would question him as to his motives and feelings about leaving. I would love some answers and insights.

That is an interesting question as when I spoke with my first therapist I asked her, “Who do you think should play me in this made for TV drama that I am living?” Her answer, “A woman with the utmost dignity.” I think Michelle Pfeiffer could pull it off!

Anne Frank:Diary of a Young Girl– I was destined for memoir from an early age! She was so brave and never bitter in the worst of situations. Gift from the Sea by Anne Morrow Lindbergh remains as timely as when it was written in 1955. The Four Agreements by Don Miguel Ruiz: Be impeccable with your word, don’t take anything personally, don’t make assumptions, always do your best, and the newly added fifth agreement, remain skeptical but learn to listen.

I light a scented candle, have a stress relief Wonder Woman bitsy, and I turn off my cell phone.

I am happiest on the beach-any beach. When I cannot be on the beach, I love to be outdoors biking or taking long walks with my dog Lucy. I love to read and share time with dear friends and family.

Here is more about Kathryn:

Kathryn Taylor was born at the Great Lakes Naval Station near Chicago, Illinois and spent much of her life in the Chicagoland area. When she entered first grade, reading came easily to Taylor. Decades before terms such as “peer tutoring” and “collaborative learning” had been coined, her teacher had an inspiring idea. She would allow Kathryn to assist classmates struggling to decode those pesky letter combinations and help them learn to read. Taylor experienced an undeniable sense of fulfillment helping her classmates and licking gold stars onto completed pages. The desire to become a teacher took root.  Taylor enjoyed thirty years in the classroom and had taught in the schools of Illinois, California, and Virginia before her retirement and relocation to South Carolina. It was there where Taylor wrote her book, Two Minus One: A Memoirfollowing the unexpected abandonment by her second husband. Taylor is an avid reader, enthusiastic traveler, and incurable beach lover. She resides outside of Charleston, SC, with her rescue dog, Lucy, where she can enjoy all three of her favorite past times.

More about Two Minus One:

“You can quit waiting for the other shoe to drop, I’m in it for life.”

Those are the fateful, repeated words that help convince Kathryn Taylor to remarry, retire from her thirty-year profession, sell her home, and relocate in support of her new husband’s career. But five years later, the other shoe does drop when her husband, without any explanation, tells her he is done with the marriage.

Poignant and full of raw emotion, Two Minus One is Taylor’s story of loss and rebuilding, betrayal and friendship–and of recalling life on her own terms.